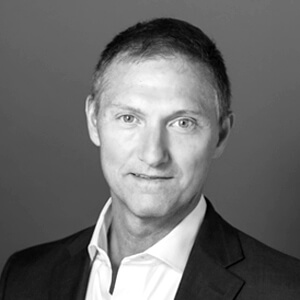 Dave Furneaux has been a driving force behind Virsec since its inception, as an investor and active board member, becoming CEO in 2020. He has spent his 30-year career as an entrepreneur and venture investor, forming, building and investing in numerous high growth companies in information technology, including successful cybersecurity companies, Watchfire (acquired by IBM), Skystone (acquired by Cisco), Application Security (acquired by Symantec) and Aironet (acquired by Cisco).

As an early stage investor in Virsec, Dave has played a critical role guiding its strategy and growth. Earlier in his career, Dave founded and led Kodiak Venture Partners, which went on to invest in and build successful companies, such as Appnexus (acquired by AT&T), Channel Advisor (NYSE: ECOM) and WHERE (acquired by Paypal).  More recently, Dave founded BlueIO, an innovative, mission-driven investment holding company. Under BlueIO, Dave participated in the formation and building process as a co-founder and investor in a core group of companies, such as Blaze (acquired by Akamai), Lufa Farms, a 400+ employee leading agricultural technology company, and Cybersaint, a leading Cyber Risk Management company.